You are here: Home / Cam├Īn Lads 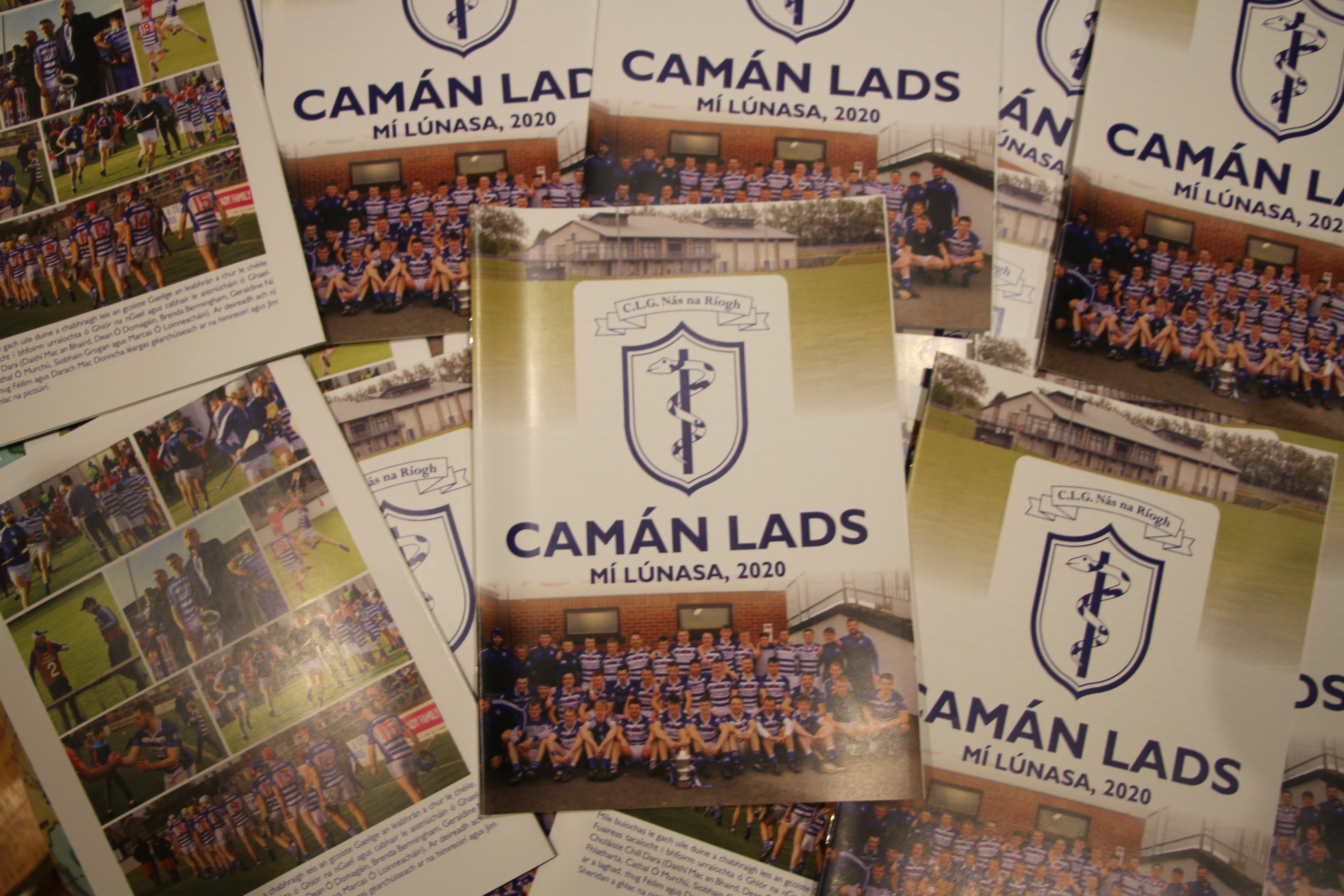 Naas GAA’s Coiste Gaeilge launched a bilingual 16-page booklet on Friday, 18th September chronicling the achievements of the Naas Senior Hurling Team in last year’s championship. “Camán lads” is a collaboration between Gael-Choláiste Chill Dara and Naas GAA and aims to promote Irish within the club.

“The team has worked very hard to get where it is today,” Austin Bergin, chairman of the hurling committee said at the launch, “While there has been many highs and lows over the years, we hope to build on our success of last year”. “This booklet is a great way of promoting Irish in the GAA as well as acknowledging the hard work of the mentors and players”

Tiarnán Mac Conchradha from the Coiste Gaeilge said, “Going through the bilingual booklet, you get an opportunity to use your Irish to read reports on the Kildare County Semi-Final, Final as well as Rounds 1 and 2 of the Leinster championship”.

The booklet also includes an insight into the individual players by one of the players, Darach Mac Donncha. Mick Moriarty from the Coiste Gaeilge said, “It’s my favourite section of the booklet and isn’t in any way responsible for his move to Vancouver!”