A delay of ten minutes to the start of the game did not deter the Naas lads. Clad in their famous blue and white hooped jersey’s they attacked the Sarsfields defence with speed and tenacity. They were five points up after fifteen minutes, all scored by different players. After 22 minutes Naas led 0 – 8 to 0 – 1.  Sarsfields supporters were in shock while Naas supporters wondered could a shock result be on the cards. But then Sarsfields clicked into gear scoring four unanswered points before half-time. At the interval Naas led by three 0 – 8 to 0 – 5.

Naas controlled the third quarter scoring four points to two for Sarsfields and opening up a five point gap. Naas led 0 – 12   to 0 – 7. Sarsfields dominated the last quarter mainly due to Naas been reduced to fourteen men due to Sean Cullen receiving a black card. Five Sarsfields points in a row reduced the arrears to one but an Eamonn Callaghan turnover which led to a Paul McDermott point put two between them at the finish.

Naas had three points on the board in the blink of an eye from Sean Cullen(6th.minute), Brian Kane(7th.minute) and Dermot Hanifin(8th.minute). A Darragh Kirwan point followed by an Eamonn Callaghan free made it 0 – 5 to nil. It was the 17th.minute before Sarsfields opened their account with a Ben McCormack point. However Eamonn Callaghan and Darragh Kirwan(2) were on hand to make an unbelievable scoreboard sight of Naas 0 – 8  Sarsfields 0 – 1. Sarsfields were bound to fight back and they did with four unanswered points from Darragh Ryan(2), Ben McCormack(2).  There was three between them at the interval Naas 0 – 8 Sarsfields  0 – 5.

Sarsfields opened the scoring in the second half with a Tadhg Hoey point. Naas replied with three points from Paddy McDermott, Sean Cullen and Darragh Kirwan to extend the lead to five. Karl Hartley replied for Sarsfields. Alex Beirne pointed before Tom Browne hit a sweet point with his left foot. Six ahead and thirteen minutes to go, the Naas contingent were ecstatic the Dermot Bourke cup was half-way to Naas.

Then disaster struck, Eoin Doyle went off injured and Sean Cullen got a black card. Sarsfields seized the opportunity and hit five in a row to leave one between them. The Naas captain came to the rescue with a perfect tackle to dispossess a Sarsfields player and feed the ball to Paul McDermott who fisted the ball over the bar to increase  the lead to two. The final whistle sounded and Naas were the 2021 senior football champions and holders of the Dermot Bourke cup 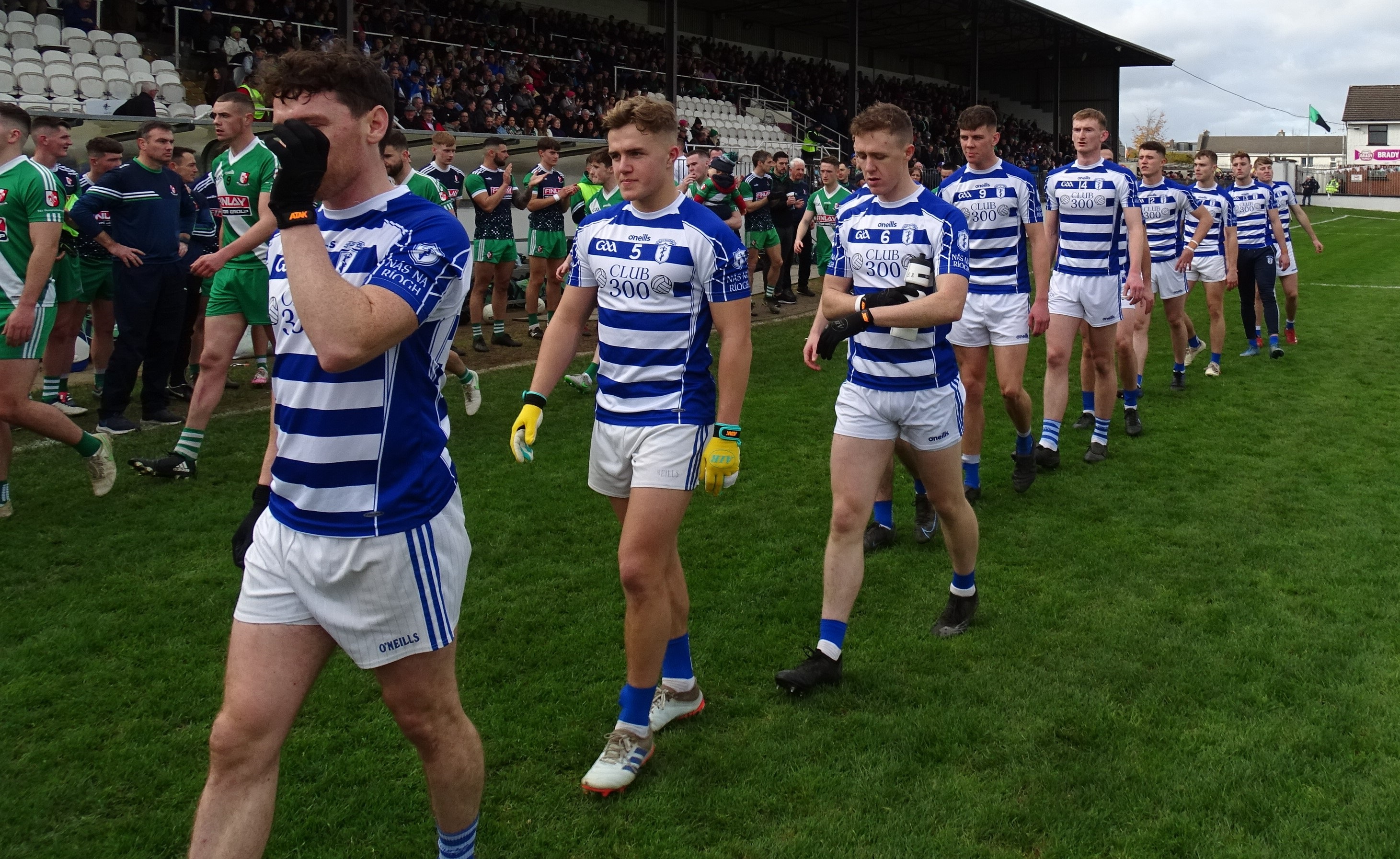 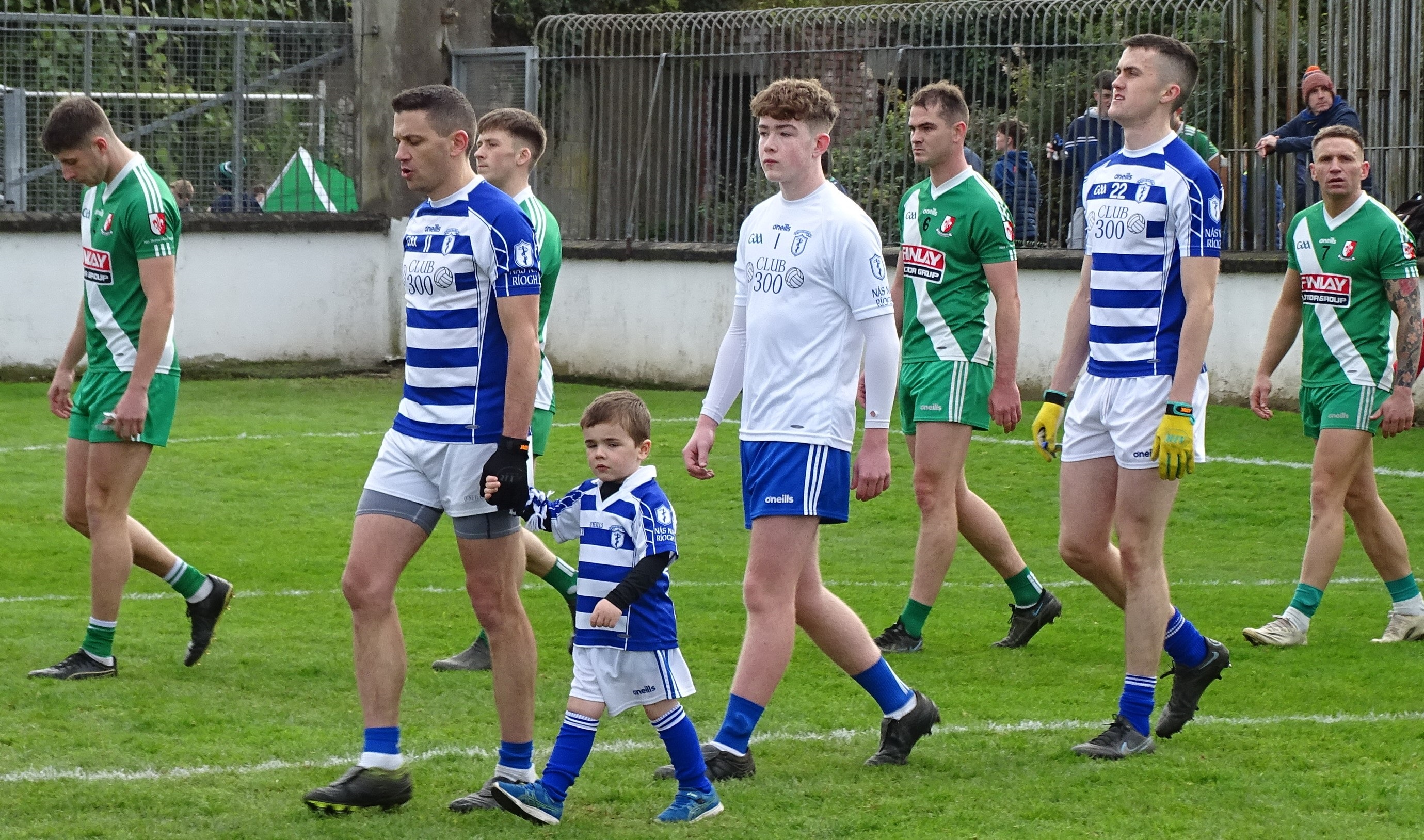 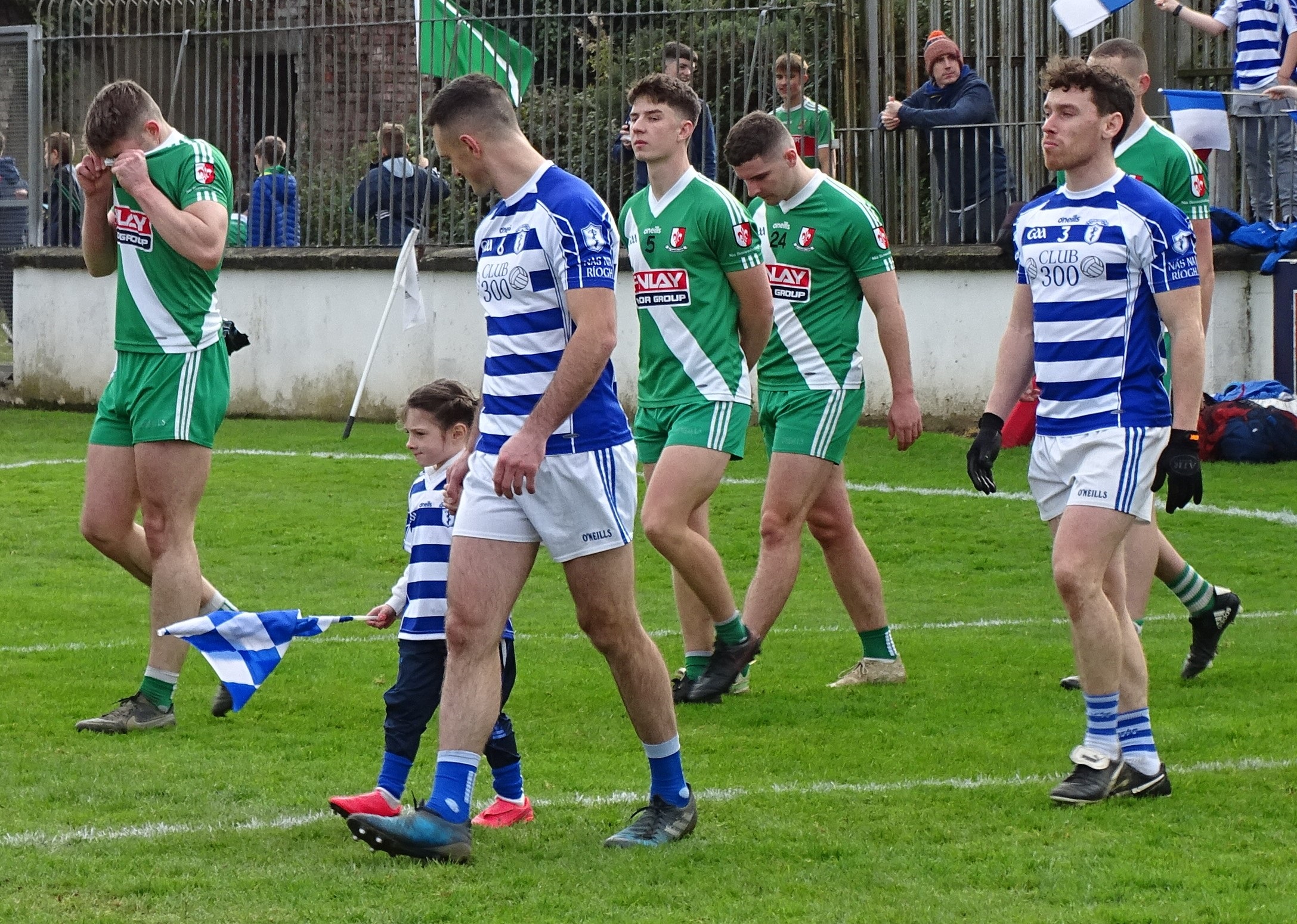 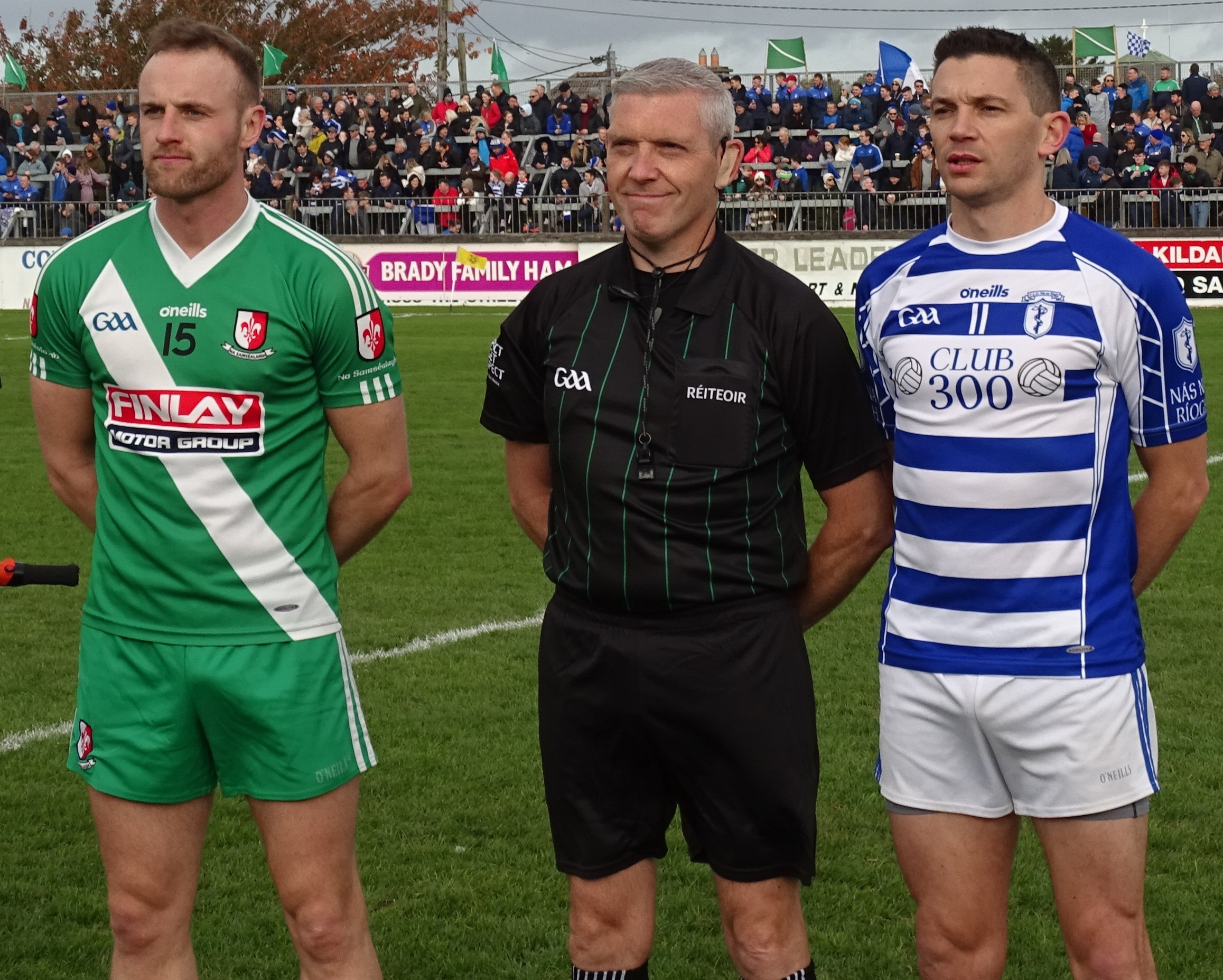 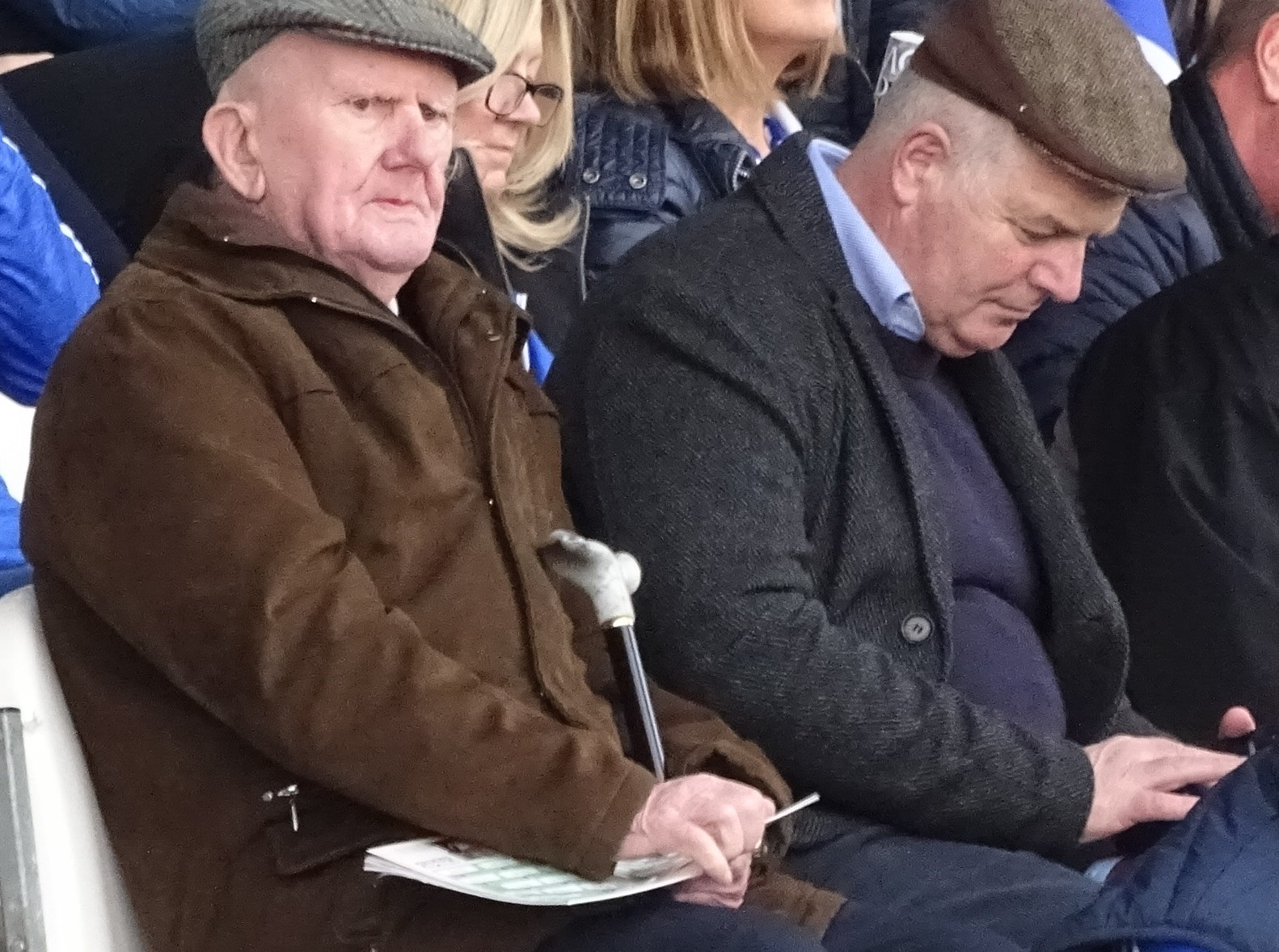 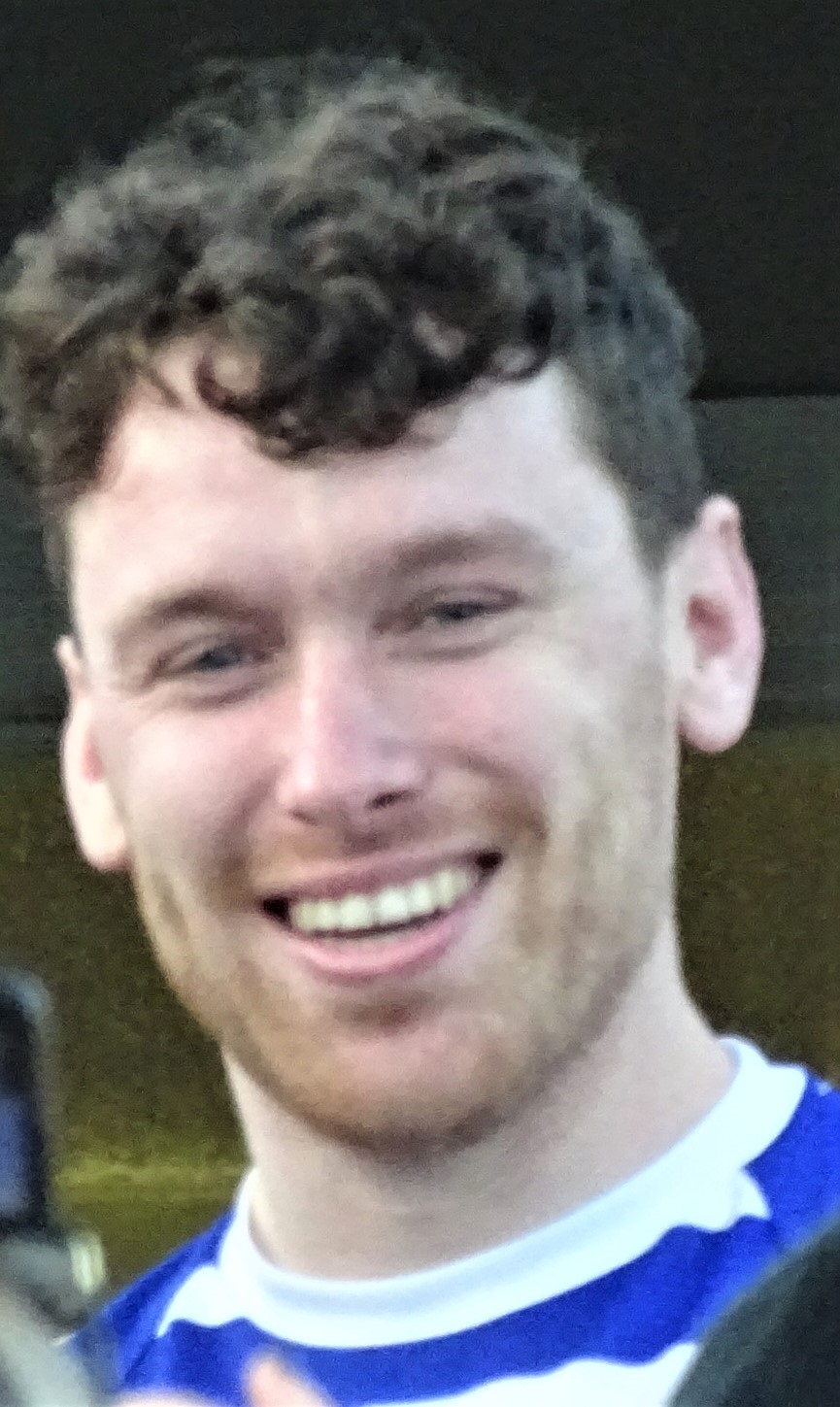 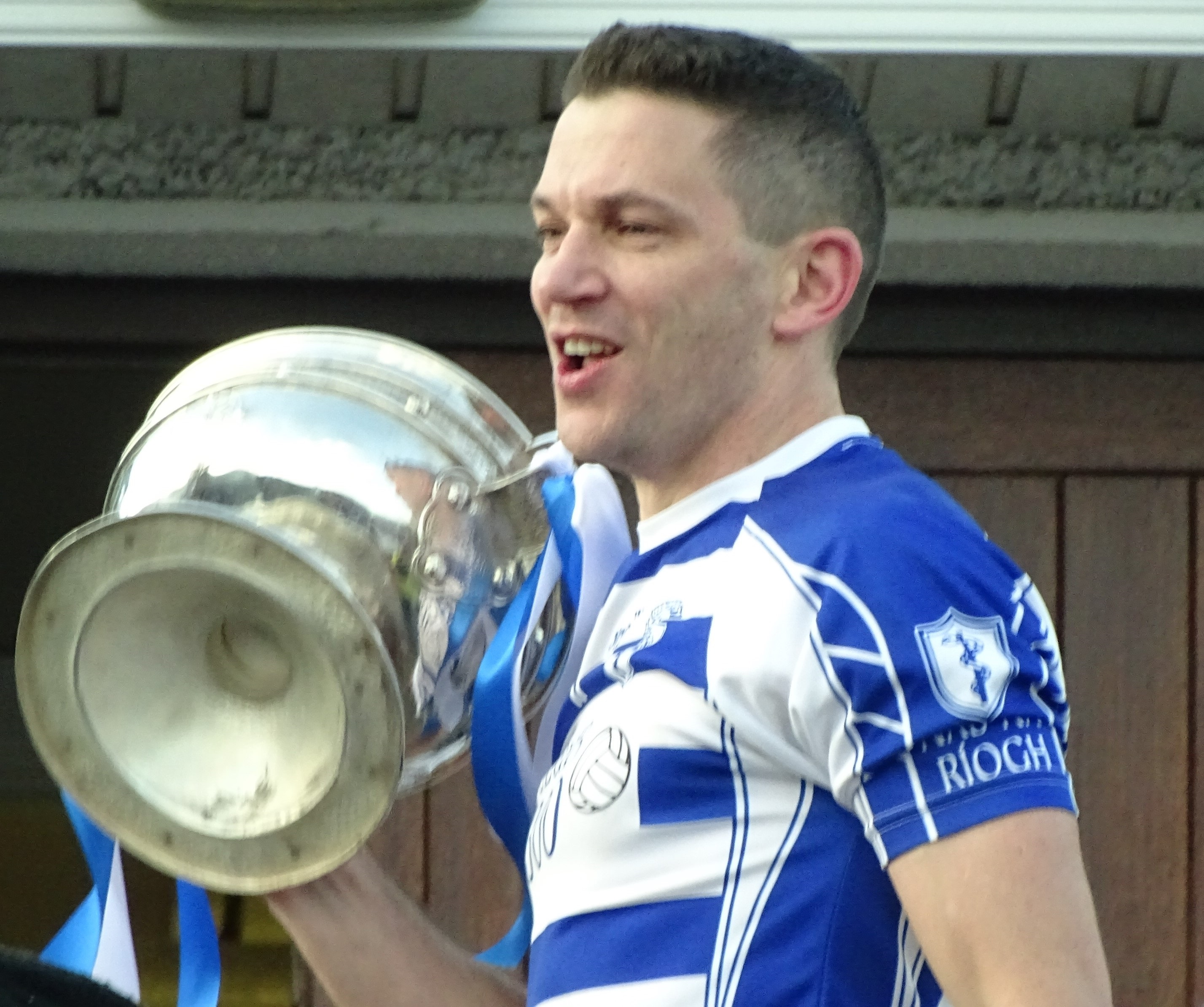 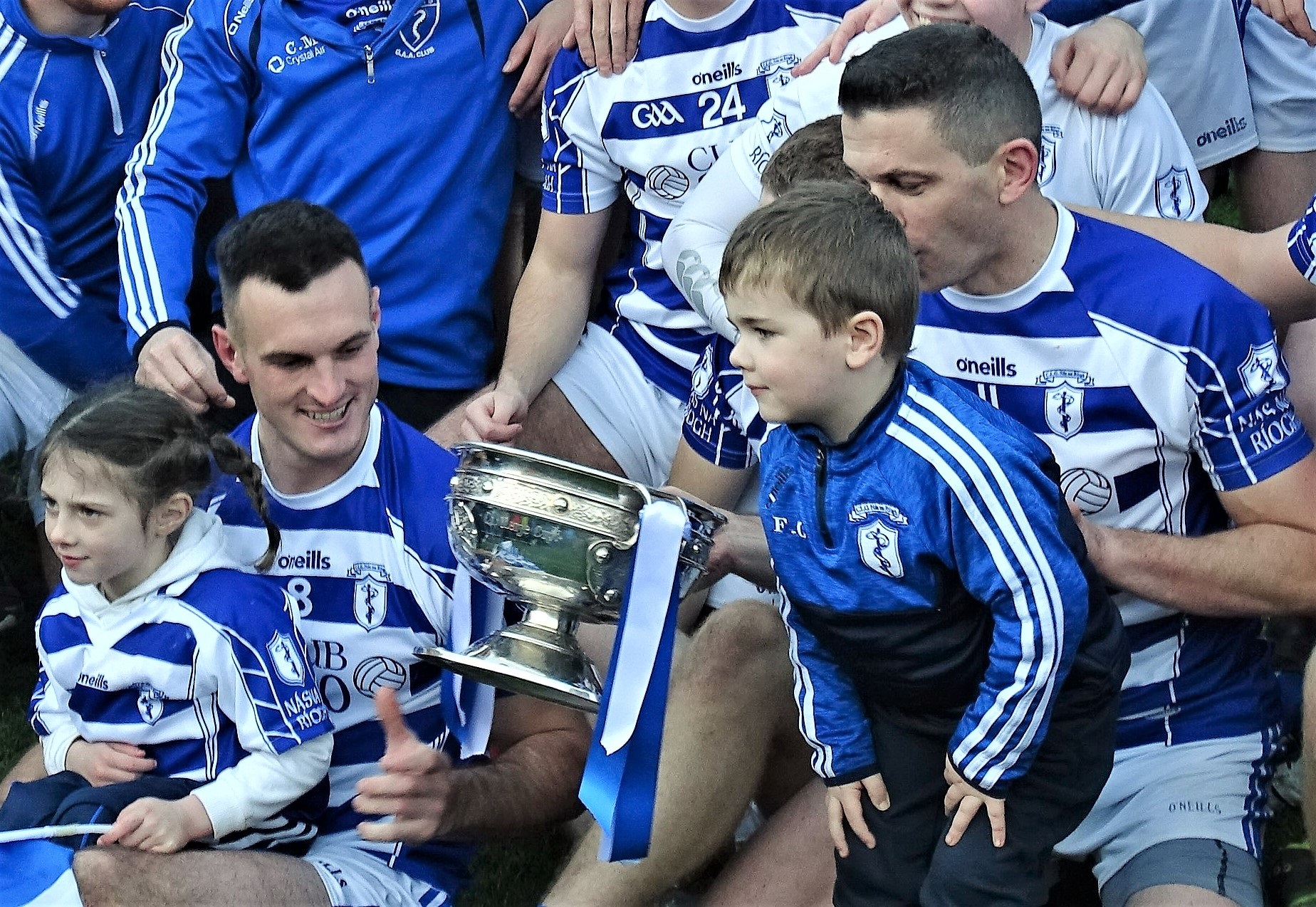 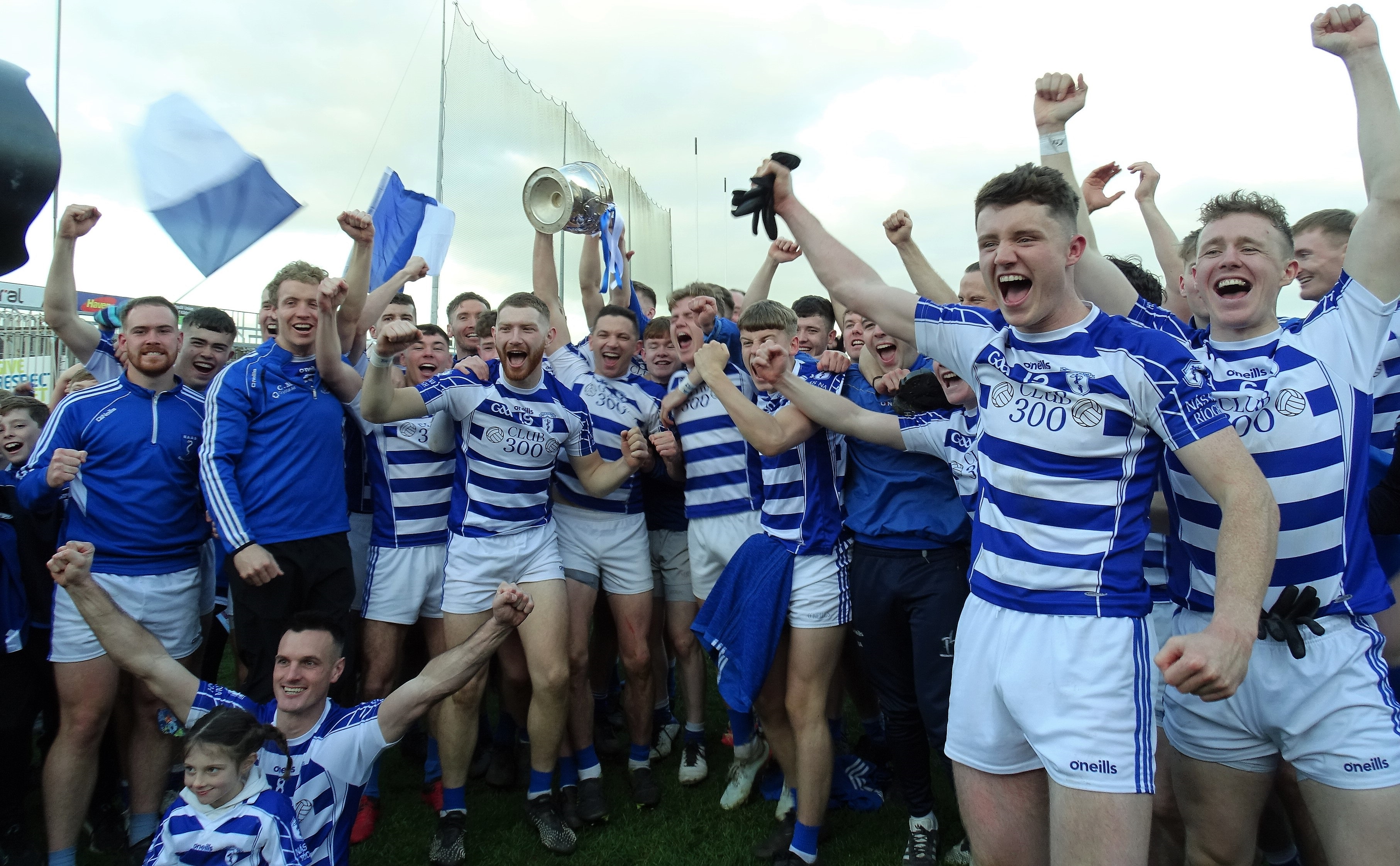