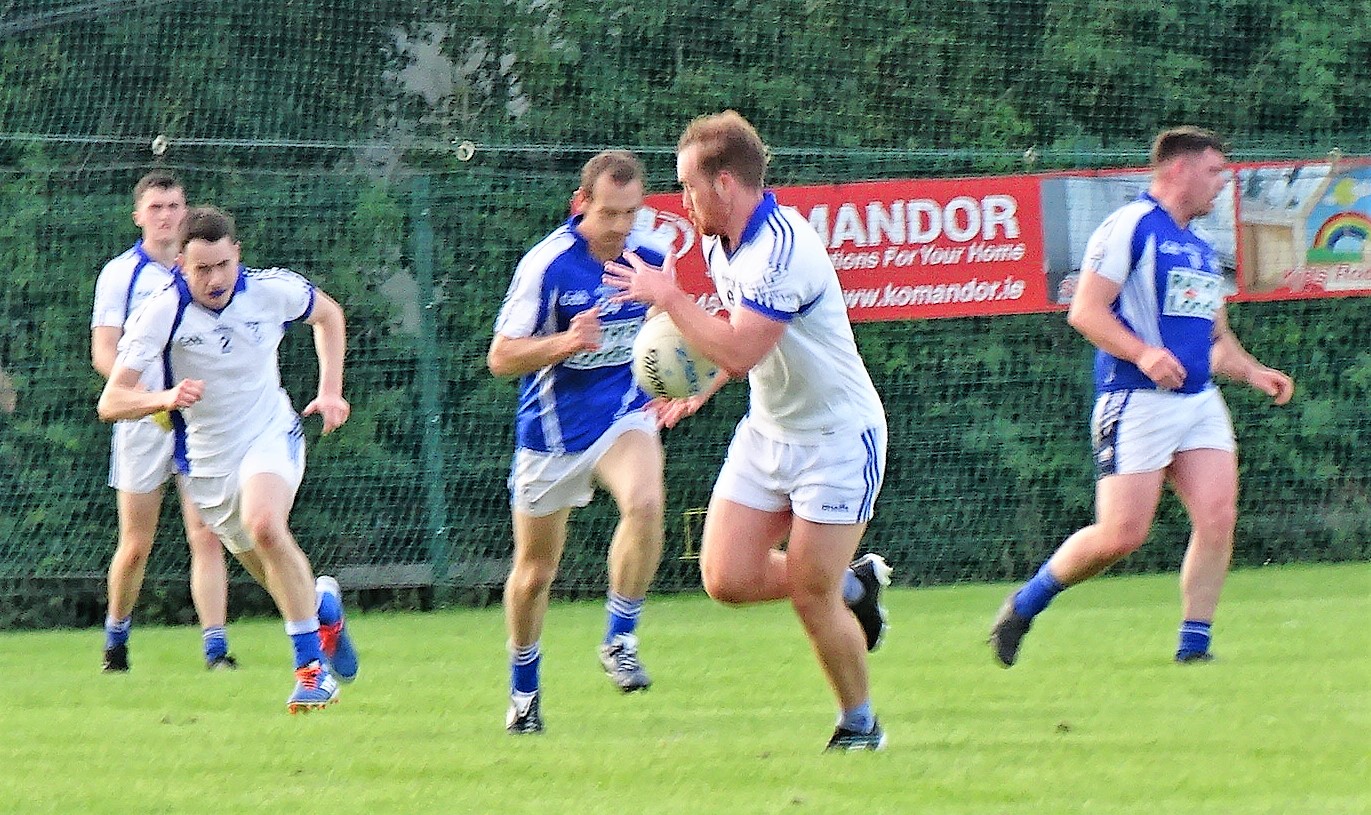 Its back, the football may not have been great and the teams togging out at the sides of the pitch was a throw back to the 1960’s but the game was a tonic for players and supporters alike.

Naas dominated the early exchanges but a David Keating penalty in the 26th. minute left Naas ahead by two points at the interval. In a closely contested second half Naas led by one point with two minutes left. Naas finished the stronger with two late points.

Castledermot opened the scoring with a David Keating point. Naas replied with four in a row from Eamonn Callaghan, Sean Cullen, Darragh Kirwan and Brian Byrne. Then Emmet O’Keeffe(Castledermot) and Darragh Kirwan(Naas) swapped points. Naas led 0 – 5 to 0 – 2 after twenty one minutes. A Callaghan free put Naas four points clear but a Castledermot penalty converted by David Keating got them back in the game. The first half finished with a Conor Mellet point for Naas. Naas led 0 – 7 to 1 – 2 at the interval.

Naas forged ahead at the start of the second half with three points in a row from Darragh Kirwan, Eamonn Callaghan and half – time substitute Tom Browne to lead by five after ten minutes. Castledermot fought back and with four points from David Keating, Emmet O’Keeffe(2) and Dan Gray reduced the arrears to one point with two minutes left. Naas replied with two late points from James Burke and Darragh Kirwan to win by three.