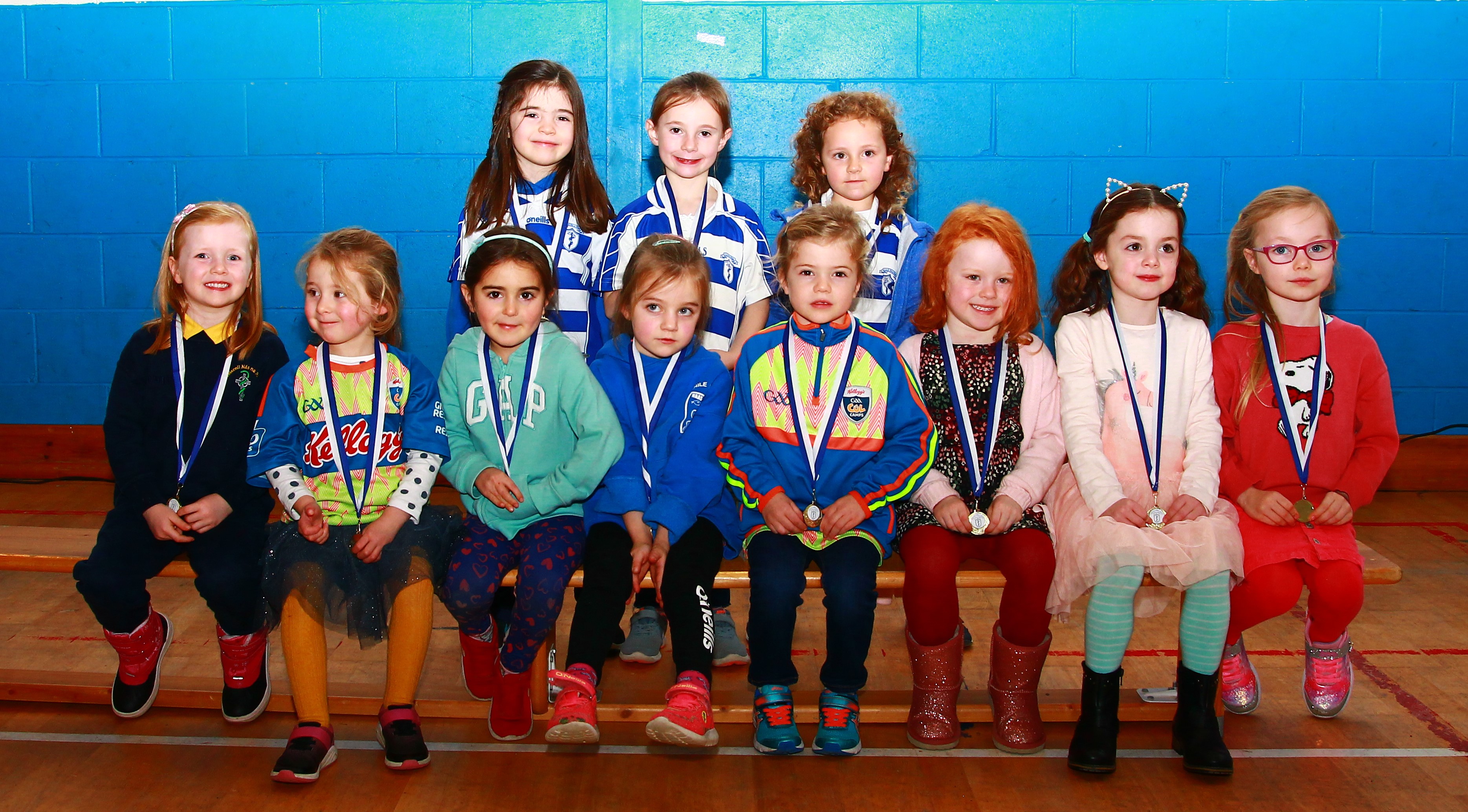 On Friday 15th  November, Naas Gaa Clubhouse was the venue for the annual Celebration Night for all the players who don the blue and white colours and represent Naas Ladies’ Gaelic Football throughout the county. The clubhouse was awash with blue and white and a sense of Club spirit permeated the hall. There was a huge attendance with players of all ages including  the youngest players in the nursery section and the more adult teams representing the Naas Senior team and the Gaelic 4 Mothers and Others (G4MO). It was testament to a very exciting and action- packed year, enjoyed by all the players , parents , guardians and supporters. It is very important to acknowledge and celebrate all the players’ enthusiasm and efforts , to develop their skills and ultimately enjoy one of the most popular sports in the country.

Killian Whelan was the compere on the night and he added to the enjoyment of the night  with his pleasant and personal approach.  He started the proceedings by introducing  Naas Club Chairman John Mc Mahon who cordially welcomed all the players and their families. He congratulated all the efforts of the players and the committee  throughout the year and their contribution to the sporting community of Naas Gaa. He wished all those associated with the club continued success and enjoyment in the forthcoming season.

James Costello, Cathaoirleach Cumann Peil na mBan – Nás na Ríogh , addressed the gathering and encouraged all the younger players to give a hearty cheer to all the  girls as they received their medals. He praised the dedication  of all the mentors and the consequent development of the players’ skills and full participation in the sport. He also acknowledged the diligent efforts of his fellow committee members in relation to the general administration , publicity and fund-raising efforts during the year. On behalf of the  Naas Ladies’ Football , the Cathaoirleach also acknowledged the assistance of the Club Executive, the Pitch Co-ordinator and The Grounds’ Committee .

Following the address of the Chairman, Killian Whelan proceeded to introduce the various age groups in his usual pleasant style. He provided a brief outline of each team’s achievements and activities during the year.  Everyone was treated to a very entertaining power point display  , featuring memorable moments experienced by all the teams .  The Senior team followed by Gaelic for Mothers and Others ( G4MO) were the first teams to be presented and they received a warm welcome from all those in attendance .The Senior team had qualified for Division 2 League Final and Intermediate Semi- Final due to  their spirited efforts.  It augurs very well for 2020 season. There  was a genuine excitement as the youngest exponents of the sport, the Nursery Group (5yrears- 7years) were presented with medals by some of the Senior players , in recognition of their development as young players experiencing the game for the first time. This group were followed by  other teams , ranging from seven years to minor level. The u15 team ,who participated in u16 Division 6 were given a rousing  applause as winners of the County Final . The team proudly sported their trophy and were presented with their County medals.

On completion of all the presentations , all those in attendance enjoyed food and refreshments in the clubhouse while mingling and reminiscing about the fun and enjoyment on and off the pitch in 2019.It was an apt way to end the season as players, mentors, parents and supporters enjoyed a social event while looking forward to another successful and most importantly another enjoyable and fulfilling year of football in 2020.

There are lots of photos from the event on our club facebook page!