You are here: Home / Congratulations to our Senior Camogie Team Div1 League winners 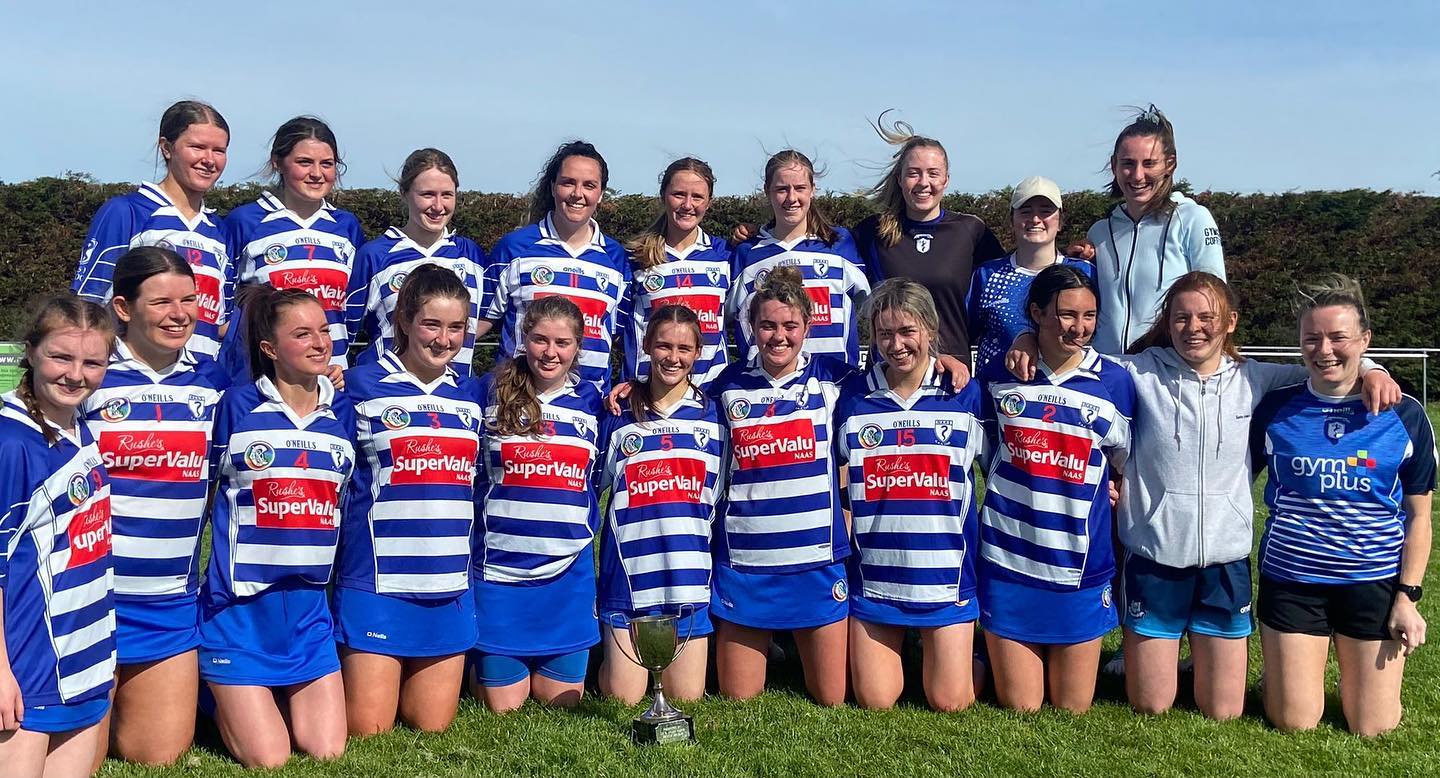 History was made last Sunday in Celbridge when on a sun drenched afternoon the Naas senior camogie team captured the Kildare Div1 Senior league title for the first time in the clubs history. After losing three previous finals to Celbridge, and with a number of players being unavailable, Naas entered the final as underdogs.
Playing with a strong wind in the first half, & with a vibrant travelling support, Naas made full use of the elements and scored some excellent points from distance through Sophie Browne and Sara Carroll. By half way through the first period Naas led by 5 points to 1 and were playing a very fast brand of camogie.
However, Celbridge rallied with a goal to reduce the margin to the bare minimum. Despite this set back Naas continued to press ahead. Tara Bedford and Sophie Browne were edging the midfield battle, creating opportunities for the lively forward line, who hit back with some excellent points from Sara Carroll, Aoife McDermott, Tara Doorey and Allie McGrath. Naas continued to press their dominance and were rewarded when Allie McGrath raised the green flag to give Naas a commanding half time 1-11 to 1-1 lead.

Playing with a very strong wind, Celbridge dominated the early exchanges of the second half and were pushing to break the Naas rear-guard. However, Naas goalkeeper Roisin Roche produced a number of saves to keep the scoreline intact. She was aided by the outstanding full-back line of Fashaí NicChonchradha, Laoise Dunne and captain Sarah Clancy, who continued to disrupt and breakdown the Celbridge attacks. Both teams continued to exchange points, & when Naas got the chance to break they duly accepted through the very effective Ailbhe Ryan, winning ball and delivering to the inside forward line where the tireless Zara McGeever was battling ferociously and creating a number of scoring opportunities. A goal by Aoife McDermott being the pick of the bunch. Celbridge to their credit fought very hard with the very talented Suzie Carroll leading the charge. However the Naas half back line of Aine Mernagh, Deirdre Doyle, Aoife McCarthy remained strong in the closing 10mins and made sure that Naas could see out the match by a comfortable winning margin. And so the final whistle blew and history was made.

This was a great win for the club and this very young team deserves great credit for performing to such a standard. 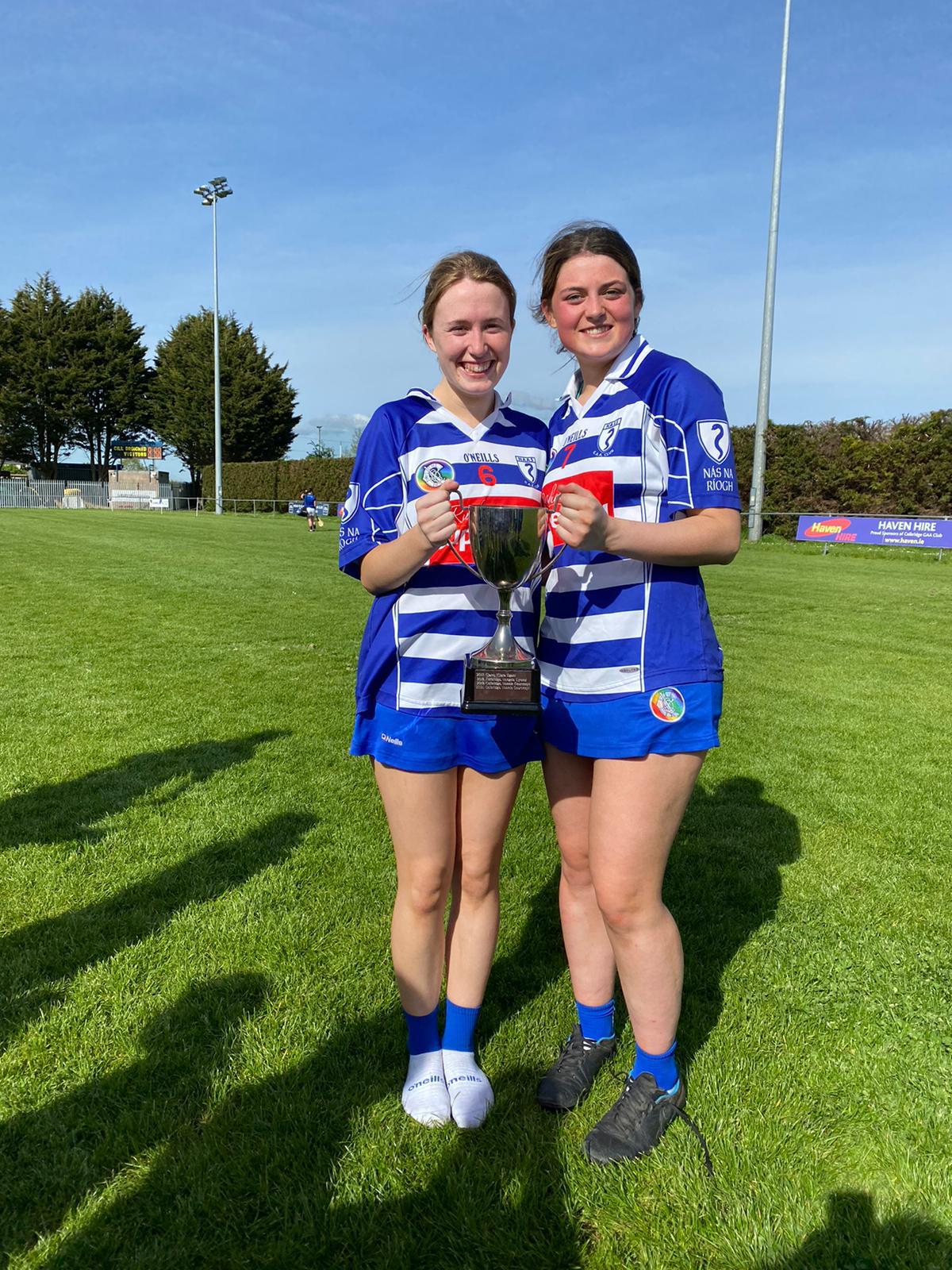 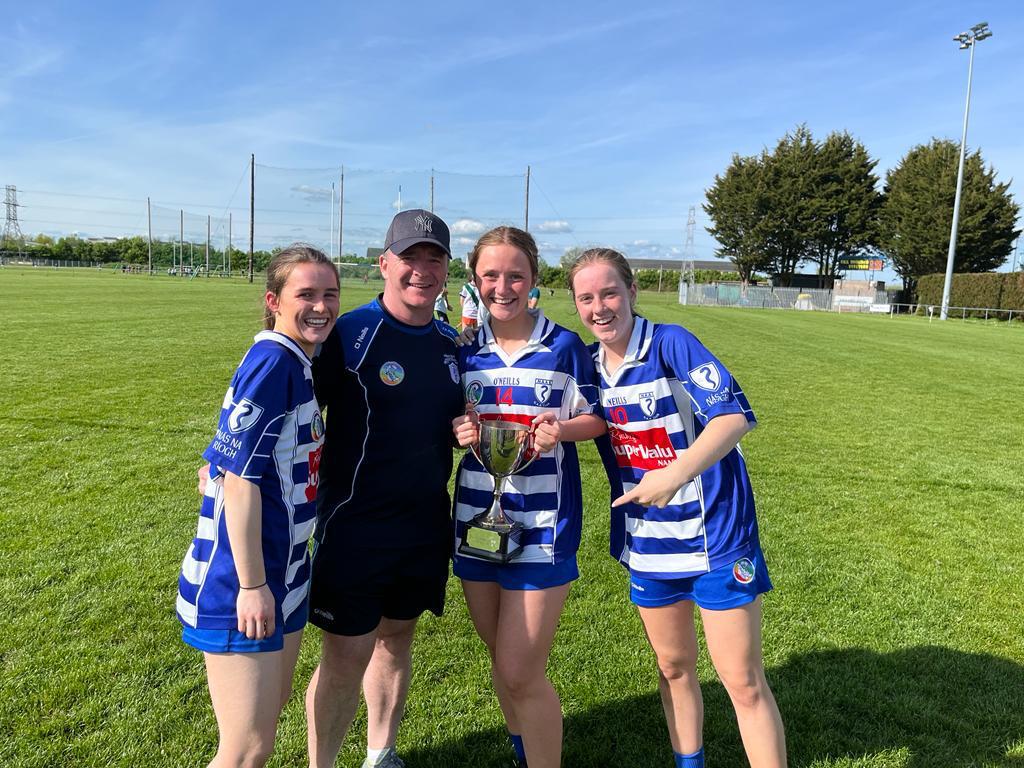 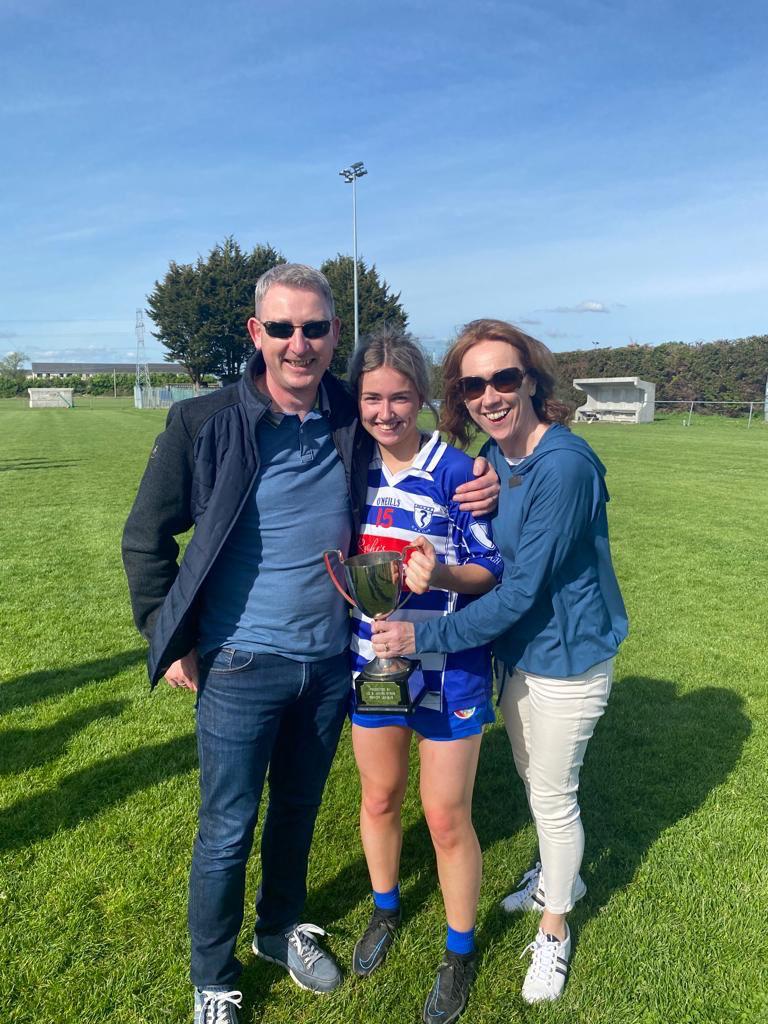 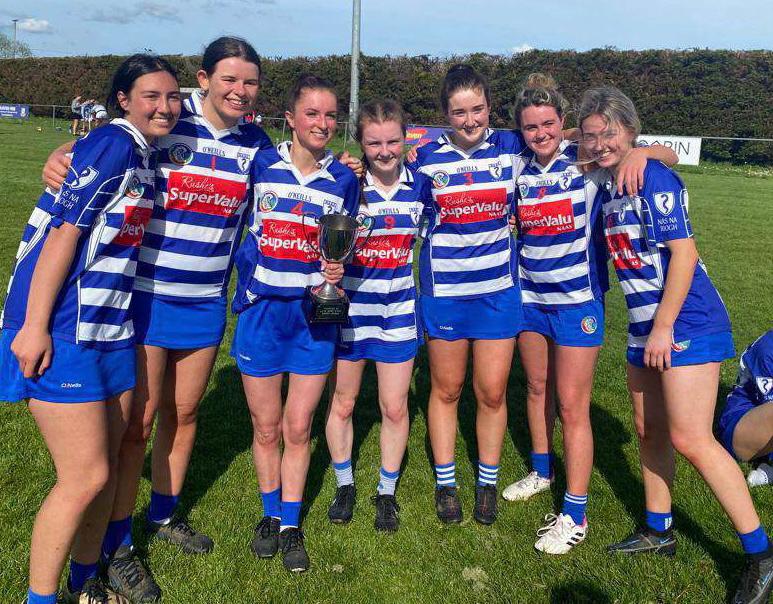